In this article we give the uninitiated a quick look into some of the stranger trading vocabulary you might come across when trading futures and bring you up to speed on the industry lingo and its origins.

Spoofing is a forbidden practice on regulated exchanges but you will still see it happening in the DOM/trading ladder if you know what you are looking for. The strange term is thought to originate from a board game developed by the British comedian, Arthur Roberts, in 1884. It basically means to trick or hoax somebody. In the trading world the act of spoofing refers to when someone plays a trick on other traders by showing a deceptively large bid or offer in the market order book, to make other traders execute trades based on that perception. The spoofer has no intention of letting their spoof order get traded and so will often remove it as soon as it has had the desired effect.

So why would people do this? Well let’s give an example. Suppose the oil market rallies to an important level, perhaps a previous high point on the chart or a psychological level like $50.00. Generally, just beyond these sorts of levels there are a large number of stop orders – orders which take traders out of their existing positions, in this case placed by traders that have existing short positions. A short trade is where you have sold the futures contract but never had one to sell in the first place, so you are short of it, in the same way you can be, ‘short of change’ when you don’t have any coins.

Institutional position traders that have been in short positions from the $40s or even $30s hoping the price will go lower so they can buy it back cheaper, might throw in the towel above $50, leaving stop orders to get them out of their short trade positions. Rather than putting these stops exactly at $50.00 they tend to be just above.

A spoofer looking at the market, particularly at times when it is thinly traded, might think lots of smaller day traders will be trying to get long on the approach to 50.00 in anticipation that it accelerates beyond it. It is quite rare that a market will approach a level like this and go straight through it the first time. Usually it takes four or five attempts as various games get played out.

The spoofer might add some normal sized bids in the low 49.80s to high 49.70s to begin with. As the market pushes up into the mid to high 80s and people get excited for a break of 50.00, many smaller day traders will get long (buy) the market but their risk tolerance is usually very low, perhaps 10 tics maximum. So the spoofer will follow on the bid behind them with large orders to make them feel comfortable that they are doing the right thing – as it appears lots of buying demand is coming in to support their decision to get long. In reality there may be very few traders in the market and these day traders’ long (buy) trades end up filling him on his small but numerous short orders he has on the offer higher up.

Once the spoofer has a good short position on as a result, let’s say on average at 49.94 he will pull (cancel) all of his outsized bids, so it will look like demand has suddenly dropped away and he will stack large sell orders in the 49.90’s. As the other traders start doubting demand is there for a buy to break 50.00 anymore, some will exit their positions and he will slide down his big spoof sell orders until more and more people exit their trades and start to trigger a mini panic. It now looks like there are big sell offers but very little demand on the bid. This will push the market down into the 49.70s with a quick succession of small traders exiting trades, in turn now filling the spoofer’s initial waiting bids and getting him a nice profit on his 49.94s short and reversing him back into a long position once more.

This process of price manipulation may repeat several times. Remember that anything a human can in do trading, software can be programmed to replicate, there are plenty of machines doing these strategies, once you recognize them they can be quite profitable to trade with. 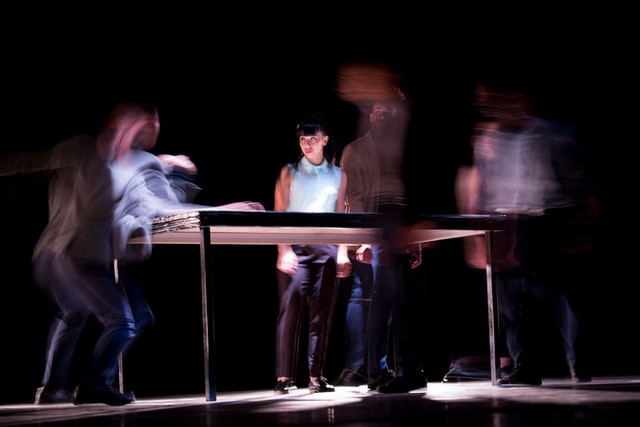 Once you recognise how other traders move around you, you can learn to exploit them to your benefit and figure out to avoid them exploiting you, understanding flow is key.

It was this kind of technique that Nav Sarao, who traded briefly on the same trading floor as one of our founders, made millions of dollars from and ended up getting extradited to the United States for spoofing and in some people’s eyes adding fuel to the famous flash crash.

By only looking at and trading from charts you tend to miss this information, get the ladders up in Trader Talent Pro and start to see what you can identify in the flow of orders and placed bid/asks and turn it to your advantage.

Sticking with the same example above, suppose we do reach the 49.98 sort of level, people know there are a bunch of stops in the 50.00-50.20 area and stop-fishing or fishing for stops is simply where people hope buying a single lot at a new higher yet to be traded price, will trigger a much larger stop of say 100 lots. This would execute at market and blip the price higher in turn likely setting of other stops like tripwires leaving anyone who is short and needs to get out adding to the upside panic – what some refer to as a ‘melt up’. You can get rapid price progression on levels like this, but again, you need to be careful in the way you trade so as not to be classed as manipulating prices by up-ticking or down-ticking 1 lots for the benefit of your existing larger position.

Scalping or jobbing and being a scalper or a jobber, is a style of trading which looks for small profitable trades that have high probability. The profit target of the trade can be as small as one tic (smallest price movement in futures or a pip in fx markets) and the risk tolerance on the trade is quite often just a scratch. A ‘scratch’ is the term used when you buy and sell at the same price, the cost of the trade is the only expense. Scratch trades are particularly feasible when gaining good queue positions in slower moving contracts such as bond futures which have higher number of contracts on the bid and ask than thinner contracts such as crude oil.

Scalping is a high-volume strategy with on average 20-30 trades per day. It requires a lot of time watching the order flows on the ladder to identify these certain trades and to keep a close eye on related markets influencing its trade and the reaction to news and figures. Having something like Metastock Xenith for news and economic releases and using a live audio squawk is highly beneficial to this style of trading.

A ‘fat finger’ is the term used for an unintentional trade. It might be the cause of carelessly leaning on your mouse button or typing in a manual order for the price and quantity the wrong way around or typing any sort of error for an execution. Imagine a having very fat fingers and trying to type in your order on a small keyboard and you soon get the idea where mistakes can happen, although in reality it’s more often the result of a mental oversight rather than having clumsy fat digits. Fat fingers do not always lose the trader money, balls being thrown around a trading floor and landing on mice have made some quite good profits!

Bars, Yards and the Old Lady in cable

‘Bar’ and ‘Yard’ are slang terms for monetary amounts in financial trading jargon. If a trader makes ‘half a bar’ it means they made half a million or 500,000. Whereas a yard is a billion, it derives from the European word ‘milliard’ which is 1000 million. A British billion (until corrupted by the American definition of a billion) is actually defined as a million-million, what the Americans refer to as a trillion. You could say a true British billionaire would be an awful lot richer than an American billionaire, although the global business understanding of a billion now generally refers to the US definition. If you make a ‘monkey’ on a trade, you just knocked 500 profit out of it. The monkey term is derived from the 500 rupee note which had one on it and British soldiers returning from India kept using the term to refer to 500 pounds. 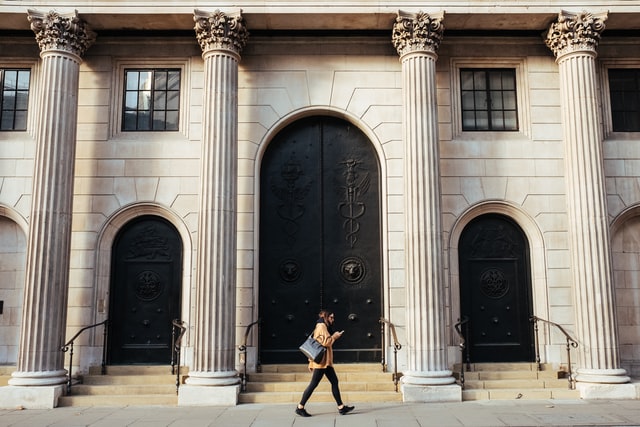 The Bank Of England, London.

‘The Old Lady’ is slang for the Bank of England, so if a trader says, “The Old Lady just bought half a yard of cable” it means the bank of England just bought half a billion worth of GBP/USD. Cable is used as reference to the GBP USD exchange rate, being the term referring to the undersea communication link between America and Great Britain. Other currencies have their own lingo such as the Loonie, which is the Canadian dollar, this is due to the Loon waterfowl bird on their one dollar coin, the New Zealand currency is referred to as the Kiwi.

Other old barrow boy slang, more likely to be heard in the pub for smaller numbers and derived from cockney rhyming slang are, a ‘Spaniard’ which equals 1 from ‘Juan’ rhyming with one, a ‘prickly’ for 2 as in prickly pear/pair, a ‘carpet’ for 3, apparently UK prisoners were allowed a carpet after 3 years, ‘Lady Godiva’ for fiver rhyme, 5, an ‘Ayrton’ being a tenner from rhyming Ayrton Senna the late racing driver, 10, and a ‘bully’ meaning 50 from the 50 point bullseye target on a darts board.

Another term you should look into which will affect your trading is ‘triple witching’ or ‘quadruple witching’ which you don’t want to be caught off-guard by. Its definition is the expiry of index futures, index options and stock options and potentially single stock futures too all on the same day, leading to a level of sorcery in volatility spikes, but more on that in another article.

Now you’re all set to start making a bar and sounding like you know what you’re talking about too. If you’re still unsure about all this, take a two week free trial with live data and live audio squawk included, simply register on TraderTalent and it will be issued to you immediately.

This article has also been published to tradertalent.medium.com

Register for a 2 week free trial today, pass a Growth, Venture or Rocket Tryout and get a funded prop trading account for upto $120,000.

Are you a talented trader looking for backing in the US and EU futures markets? Prove your ability in one of our Tryouts and get a backed account where you take home the majority of your profits and have no downside exposure.

Start with a free trial today.

Explore our Tryout opportunities where you can prove your talent for backing: 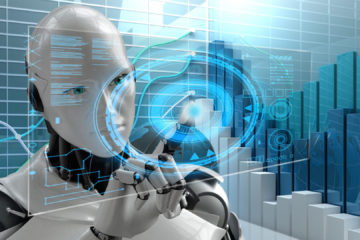 Trade Against the Machine – Upcoming Article

Too often it’s rage against the machine for day traders. In this upcoming article we will examine the technical aspects of how many of the high frequency trading bots take advantage of order flow and Read more…